This Woman Sees 100 Times More Colors Than The Average Person

When Concetta Antico looks at a leaf, she sees much more than just green. “Around the edge I’ll see orange or red or purple in the shadow; you might see dark green but I’ll see violet, turquoise, blue,” she said. “It’s like a mosaic of color.”

Antico doesn’t just perceive these colors because she’s an artist who paints in the impressionist style. She’s also a tetrachromat, which means that she has more receptors in her eyes to absorb color. The difference lies in Antico’s cones, structures in the eyes that are calibrated to absorb particular wavelengths of light and transmit them to the brain. The average person has three cones, which enables him to see about one million colors. But Antico has four cones, so her eyes are capable of picking up dimensions and nuances of color—an estimated 100 million of them—that the average person cannot. “It’s shocking to me how little color people are seeing,” she said.

“You might see dark green but I’ll see violet, turquoise, blue. It’s like a mosaic of color.”

Although tetrachromats have more receptors in their eyes, their brains are wired the same way as a person with normal vision. So how can a brain like Antico’s change to see more colors? Like anything else, practice makes perfect, even when it comes to neural pathways.

For years, researchers weren’t sure tetrachromacy existed. If it did, they stipulated, it could only be found in people with two X chromosomes. This is because of the genes behind color vision. People who have regular color vision have three cones, tuned to the wavelengths of red, green, and blue. These are connected to the X chromosome—most men have only one, but most women have two. Mutations in the X chromosome cause a person to perceive more or less color, which is why men more commonly have congenital colorblindness than women (if their one X chromosome has a mutation). But the theory stood that if a person received two mutated X chromosomes, she could have four cones instead of the usual three.

This is the case with Antico; researchers confirmed that she is a tetrachromat in 2012. One percent of the world’s population is thought to be tetrachromatic, but it’s not easy to demonstrate empirically. “The difference between [the color dimensions perceived by] a tetrachromat and someone with normal vision is not as dramatic as the difference between someone who is colorblind and someone with normal vision,” according to Kimberly Jameson, a cognitive scientist at the Institute for Mathematical Behavioral Sciences at the University of California in Irvine. She and her colleague Alissa Winkler at the University of Nevada in Reno have been studying Antico for about a year to better understand tetrachromacy. The differences in color perception are hard to detect because they’re small, Jameson said, but the tests that are currently used are not designed for more than three pigments–red, green and blue.

Based on Antico’s genes, Jameson has determined that Antico’s fourth cone absorbs wavelengths that are “reddish-orangey-yellow, but what it appears to Concetta is uncertain at the moment,” she added. Since the tests aren’t calibrated for this wavelength, empirically demonstrating tetrachromacy is still really difficult. 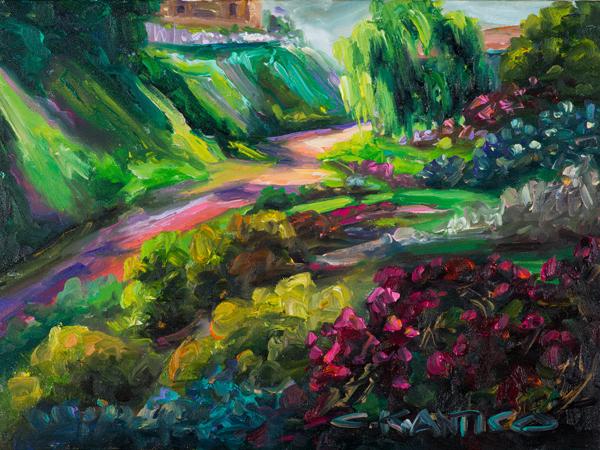 Jameson and Winkler are on the hunt for more tetrachromats in order to better understand how their brains work. Jameson became fascinated with how people are able to form and communicate concepts, especially when the way they perceive the world can vary so widely. “If you have an extra cone class in the retina, that greatly complicates how that signal might be taking shape as it leaves the retina. We want to understand how that’s happening,” she said. This likely has to do with how the brain wires itself when it receives certain signals frequently over time—a concept called neuroplasticity. Lots of studies about neuroplasticity in animals and some in humans have shown that two individuals with the same capacity for visual perception can have drastically different vision later in life just based on what they were exposed to early on. Researchers still aren’t totally sure why this is the case. “One possibility is that the system learns how to use these signals—the wiring creates the proper code so they can be used in the cortex,” Jameson said.

So even though many more tetrachromats may exist in the world, they may not have exceptional color perception, because they haven’t trained their brains to pay attention. Antico, in this case, presents a rare exception. “I was different than a regular 5-year-old — I was painting at age 7, I was so fascinated with color,” she said. For years, she was exposed to exceptional color, so her brain became wired to take advantage of her tetrachromacy. 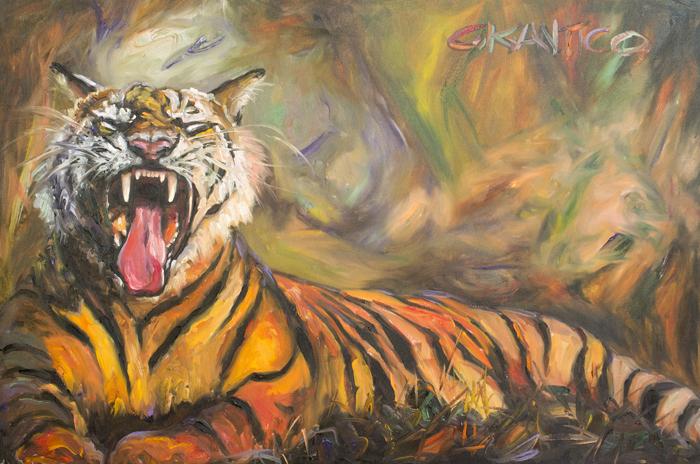 Antico has a personal stake in the continued research of tetrachromacy. Five years ago, when Antico’s daughter was 7 years old, the family learned that she was colorblind. “I didn’t think it had anything to do with me, but she’s colorblind because of me. I have a mutation,” Antico said. The more she helps scientists understand tetrachromacy, she figures, the better they will be able to help people like her daughter. “If we understand genetic potential for tetrachromacy and how their perception differs, we can understand quite a lot about visual processing of color that we currently don’t understand,” Jameson agreed.

But Antico may have stumbled upon a different way to help those who are color deficient. She is a professional artist who has been teaching painting for over 20 years, and she has a number of students who are colorblind. “One of the things that has been made apparent by looking at their artwork is that they have a good appreciation for color, unlike any other individual who I’ve ever seen that is color deficient,” Jameson said. “It’s very possible that by being tuned in from a very early age to color differences, [Antico] may have acquired some understanding and articulation for how to help them do that.” This hypothesis still needs to be proven empirically, of course, but Jameson is intrigued by the prospect of improving people’s perception of color through the training that neuroplasticity allows.

In addition to spending her time helping researchers better understand tetrachromacy, Antico hopes to open an art school for the colorblind and create an online platform for people around the world to discover if they are tetrachromatic. “I want to be sure before I die that I’m able to define tetrochromatism,” she said. “There have to be more tetrachromats out there. Maybe I can lead the way for that.”