“Aromatic wealth attraction formulas have often been inherited through one’s family lineage as a practice for passing on a wealthy family’s prosperity consciousness and to ensure the family’s continued attraction of riches. The Prosperity Oils are known for their powerful resonance with the frequency of wealth and reputed to attract wealth and abundance to those who use them. As you know when you feel good things naturally seem to go your way in life. Like a magnet the Prosperity Oils work to help you attract wealth and abundance into all areas of your life. Prosperity Oils works on all four levels of your being: physical, emotional, mental and spiritual. Their application either alone or in a synergy blend magnetizes your electro-magnetic energy field for attracting abundance and elevating your inner resonance to harmonize with the “Law of Attraction.” You can use the recommended pure essential oil alone or in a synergy blend with other prosperity oils to enhance their results and increase your prosperity consciousness for wealth attraction. Many of the Prosperity Oils I am sharing with you are considered “holy” oils and have been used traditionally in sacred healing rituals, as well as ceremonial rites of passage and purification, to prevent and cure disease and for wealth attraction.”
– KG Stiles 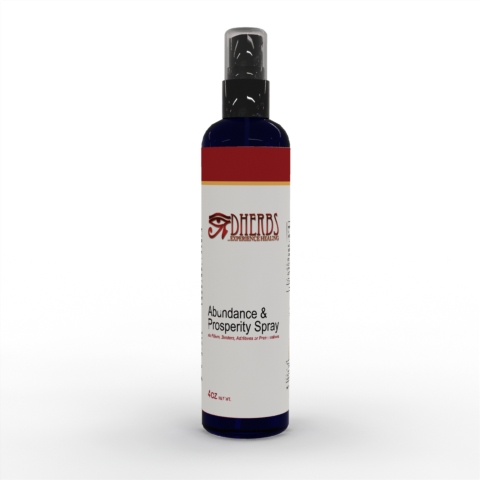 The Abundance and Prosperity Spray increases a focus on one’s goals and prepare one to receive abundance, wealth, affluence, and prosperity. This product is great to be used for prosperity soak and meditation to open the root and heart chakras and help to release emotions of unworthiness and worry. It will assist in letting go of scarcity and poverty consciousness. This is excellent product for those who struggle and worry about money and want to move to a wealth consciousness.
=> http://dherbs.com/store/abundance-and-prosperity-spray-p-367.html#.VUEk9CGqpBc 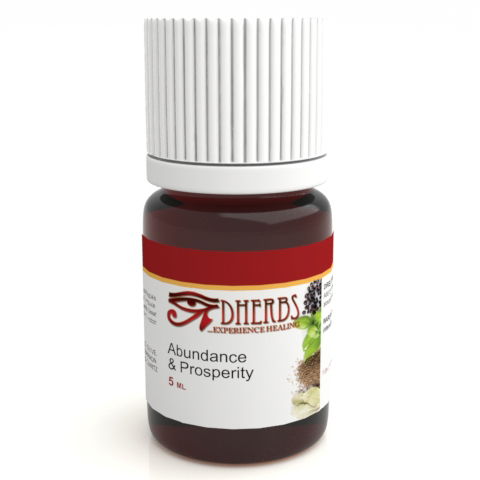 Abundance & Prosperity Bath Drops Helps to increase a focus on one’s goals and prepare one to receive abundance, wealth, affluence, and prosperity. Great to use for prosperity soak and meditation to attract money your way! Quick Note About Essential Oils Bath Drops Aromatherapy was one the first therapies. It is a therapy that works via the sense of smell (olfaction) and takes approximately two seconds to give a desired effect, generally speaking. Essential oils are the oils derived from plants and hence are the blood of plants. These oils have a natural therapeutic effect on the mind, body, and spirit.
=> http://dherbs.com/store/abundance-prosperity-bath-drops-p-390.html#.VUElHSGqpBc

Harry Potter Potion – Potions are brewed from ingredients with magical properties. Potions can be used as medicine, lethal poison, or give the drinker any effect from strength enhancement to immunity to flames. Potions are not necessarily used by drinking, as some can be applied by physical contact or create an effect simply by being created, such as the Regeneration Potion. Potions have a distinct advantage over typical spells in that they could be used even by the non-Magical, provided that they have the potion itself at their disposal. There are also certain Magical effects that can only be induced through the use of Potions. J. K. Rowling has noted that — even if they were to follow the instructions exactly and had all the ingredients — a Muggle could not brew a potion because there is always the need to channel magic at some point, at some stage one would have to use a wand. In Pottermore, this is seen as the final step of brewing a Potion is always to wave the wand.
– Harry Potter Wikia 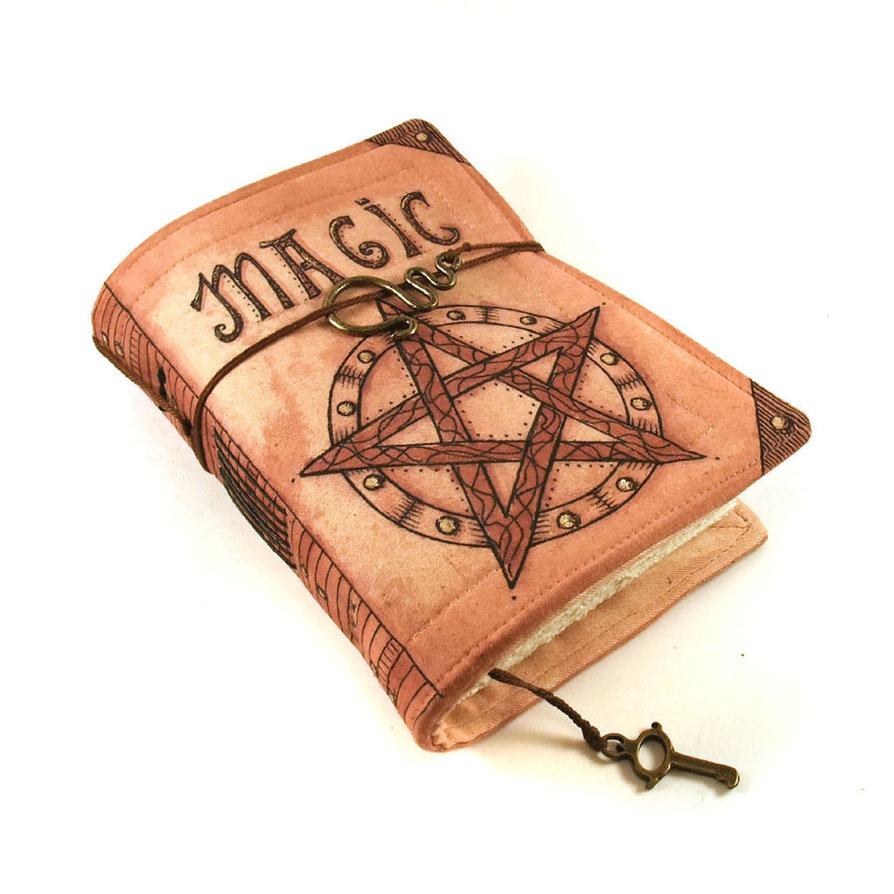 Harry Potter Alchemy – Alchemy is a branch of magic and an ancient science concerned with the study of the four basic elements, as well as the study of the transmutation of substances; it is thus intimately connected with potion-making, chemistry and transformation magic. The African wizards have always been particularly skilled in alchemy and astronomy. Some scholars, like Kennilworthy Whisp, believe that Quidditch was introduced in Africa by European witches and wizards travelling there in search of alchemical and astronomical information.
– Harry Potter Wikia

Felix Felicis, also called “Liquid Luck”, is a magical potion that makes the drinker lucky for a period of time, during which everything they attempt will be successful. Felix Felicis causes the drinker to have a limited period of good luck, during which they are likely to succeed in all endeavours in which success is possible. They have a strong perception of this effect, including a high level of confidence and a “sensation of infinite opportunity.” This is accomplished not through direct application of force or granting the drinker any extraordinary powers, but by inspiring the drinker with a favorable pathway through the circumstances. When Harry took the potion, he had the sensation that ‘Felix’ knew what it was doing, and that he needed only follow its inspiration, however unlikely the approach seemed as a means of accomplishing his goal. It indeed led him into a near-freakish but plausible set of circumstances in which all the right choices seemed obvious to him. Along the way, without even meaning to, he also accomplished some minor side goals, such as breaking up Ron’s bad relationship, and destabilizing Ginny’s relationship with Dean to give Harry more of a chance. A person under the potion’s inspiration would likely prove highly adaptable to any unexpected change in the circumstances. There are always infinite possibilities in any situation, some of which doubtless lead to the desired outcome, and Felix can highlight them no matter what happens. Zygmunt Budge invented this potion in the 16th century and deemed it his greatest accomplishment ever, dubbing it “the crowning achivement of [his] career”. Horace Slughorn claimed that he used the potion twice in his life: once when he was 24 years old, and again when he was 57, each resulting in a perfect day.
– Harry Potter Wikia

“I am Zygmunt Budge, and I am the greatest potion-maker ever born. This is no empty boast. I invented many of the wizarding world’s most powerful potions. I discovered the properties of hundreds of secret plants and creatures. I have dedicated my life to the most mysterious and misunderstood branch of magic, and these pages contain the secrets of my art, distilled for new generations of Hogwarts students.”
– Foreword, Book of Potions

“I don’t expect many of you to appreciate the subtle science and exact art that is potion-making… I can teach you how to bewitch the mind and ensnare the senses. I can tell you how to bottle fame, brew glory, and even put a stopper in death.”
– Severus Snape

“Today you are creating a wonderful new potion with very desirable and magical properties, called Liquid Luck. This potion when swallowed brings the drinker a day where everything fortuitously falls in place for great benefit. On this day synchronicity, serendipity, grace and positive energy abound, bringing you easily and joyfully to your highest good and desire. The potion brings the clarity to notice just the right thing at the right time, the impulses to move with just the right timing in the right direction, and the courage to act on these intuitions with great trust. This is an excellent potion to use whenever you desire good fortune to help you achieve your goal or even something better!”
– Joe Gallenberger 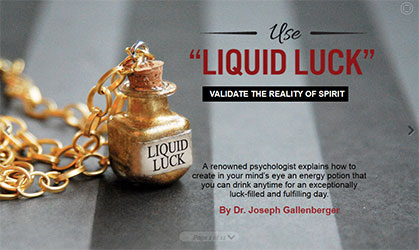