“‘Indiscriminate revenue gathering’ It is absolutely disgusting. The government and the Police Force need to hang their heads in shame.”

My name is Stan. I am a retired Sergeant of the Police force for 14 years. I was also a police prosecutor at times, so I know what I am talking about. I spent half my life in Magistrates Court during my time in the Force. I was only ever a very fair copper, and I am proud of my time in the job, looking after the interests of citizens, often to the detriment of my family and my health. 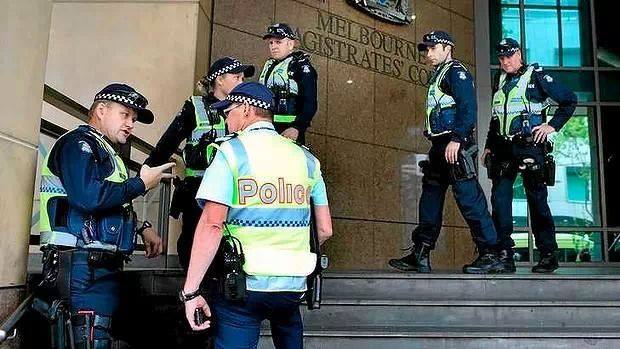 I am so annoyed at what is happening these days, in what I call “Indiscriminate revenue gathering” It is absolutely disgusting. The government and the Police Force need to hang their heads in shame. If you did a survey of current serving members of the police forces in this country, you would be hard pushed to find many who disagree with me.

I know how the legal system works, and I know how to beat the system. This is how to do it, and if about 10% of all drivers booked follow my specific instructions, then the entire system will crash and become unworkable to the extent, that the government will have no choice but to stop issuing fines for every type of traffic offence. The whole lot of them. Seriously.

I do not feel guilty about coming out with this information, as I think it’s about time someone stood up for hard working, civil minded, law abiding taxpayers in this country, who are being screwed.

This is very simple and very basic. The idea is to clog up the system in the traffic camera office and the courts by drivers exercising their rights to remain innocent until proven guilty.

2. Challenge it, tell them that you are going to defend the matter. Make them earn their miserable $150 or $200 or whatever. They have to prepare evidence and witnesses. Just the wages for the camera operator or the Policeman on the day of the court, will be more than the actual fine. You are also taking a camera operator or a member of the Police Force off the street for the day. But it won’t get to that point…..read on….

3. If a court date is ever set, and it does not suit you, do not accept it, ask for a delay to a time and place that suits you.

4. When they re set the date, delay it as often as possible. keep pleading not guilty all through the process. You have every right to be sick, or go for an adjournment if the day does not suit for any legitimate reason. For example you may have pressing family or work commitments which prevent you from attending a particular court on a particular day.

5. If it ever actually gets to court, (which is unlikely if everyone does this) and if you are unwell that day, ring the court in the morning and tell them that you cannot make it as you are sick. The camera operator, and a police prosecutor will already be at court, and will be greatly inconvenienced, by having to come back another day. The whole time this is going on, the amount of paperwork involved at the traffic camera office is huge. Several staff are involved, and it rapidly becomes very costly, probably running into thousands. …..with me so far…..keep reading…….

6. The court system is then placed under such a massive load by people who wanted “their day in court” that it simply will not be able to cope unless they open up about another 50 magistrates courts, and this is obviously going to cost the government a lot more than any revenue raised. If all the above fails, which is highly unlikely….and you actually go to court and get convicted……you have a right of appeal. Make sure you appeal the conviction. You don’t need to be a rocket scientist to see what happens. They are not going to spend millions chasing hundreds.

7 Tell everyone you know to challenge their alleged offences, and the entire system will crash within a few weeks.

8. Please pass this on. AND ALWAYS REMEMBER THAT YOU ARE INNOCENT UNTIL PROVEN GUILTY AND THAT THERE IS A VERY HIGH PROBABILITY THAT THE EVIDENCE USED AGAINST YOU IS WRONG. YOU HAVE EVERY RIGHT TO CHALLENGE ANY ALLEGED OFFENCE. THIS IS WHY COURTS EXIST….SO USE THEM……A LOT.

The article originally published at Driftspec.org and although it is from our friends from across the pond, the information is invaluable as well as universally applicable.