Did the Ancients Know the Secrets to Levitation?

DID ANCIENT CIVILIZATIONS possess knowledge that has since been lost to science? Were amazing technologies available to the ancient Egyptians that enabled them to construct the pyramids — technologies that have somehow been forgotten?

The ruins of several ancient civilizations — from Stonehenge to the pyramids — show that they used massive stones to construct their monuments. A basic question is why? Why use stone pieces of such enormous size and weight when the same structures could have been constructed with more easily managed smaller blocks — much like we use bricks and cinderblocks today?

Could part of the answer be that these ancients had a method of lifting and moving these massive stones — some weighing several tons — that made the task as easy and manageable as lifting a two-pound brick? The ancients, some researchers suggest, may have mastered the art of levitation, through sonics or some other obscure method, that allowed them to defy gravity and manipulate massive objects with ease. 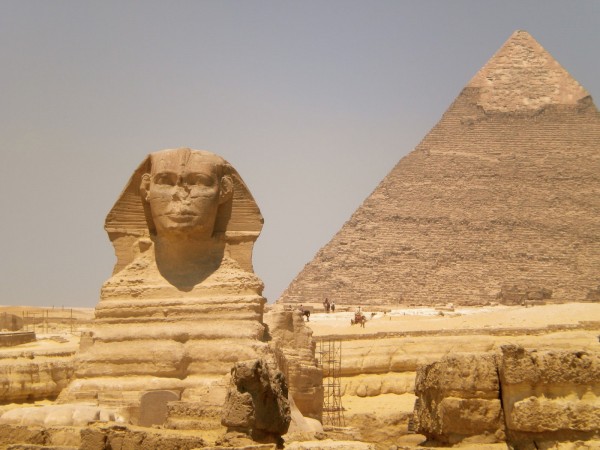 How the great pyramids of Egypt were built has been the subject of debate for millennia. The fact is, no one really knows for certain exactly how they were constructed. The current estimates of mainstream sciencecontends that it took a workforce of 4,000 to 5,000 men 20 years to build the Great Pyramid using ropes, pulleys, ramps, ingenuity and brute force.

And that very well may have been the case. But there is an intriguing passage in a history text by the 10th century Arab historian, Abul Hasan Ali Al-Masudi, known as the Herodotus of the Arabs. Al-Masudi had traveled much of the known world in his day before settling in Egypt, and he had written a 30-volume history of the world. He too was struck by the magnificence of the Egyptian pyramids and wrote about how their great stone blocks were transported.

First, he said, a “magic papyrus” (paper) was placed under the stone to be moved. Then the stone was struck with a metal rod that caused the stone to levitate and move along a path paved with stones and fenced on either side by metal poles. The stone would travel along the path, wrote Al-Masudi, for a distance of about 50 meters and then settle to the ground. The process would then be repeated until the builders had the stone where they wanted it.

Considering that the pyramids were already thousands of years old when Al-Masudi wrote this explanation, we have to wonder where he got his information. Was it part of an oral history that was passed down from generation to generation in Egypt? The unusual details of the story raise that possibility. Or was this just a fanciful story concocted by a talented writer who — like many who marvel at the pyramids today — concluded that there must have been some extraordinary magical forces employed to build such a magnificent structure?

If we take the story at face value, what kind of levitation forces were involved? Did the striking of the rock create vibrations that resulted in sonic levitation? Or did the layout of stones and rods create a magnetic levitation? If so, the science accounting for either scenario is unknown to us today. 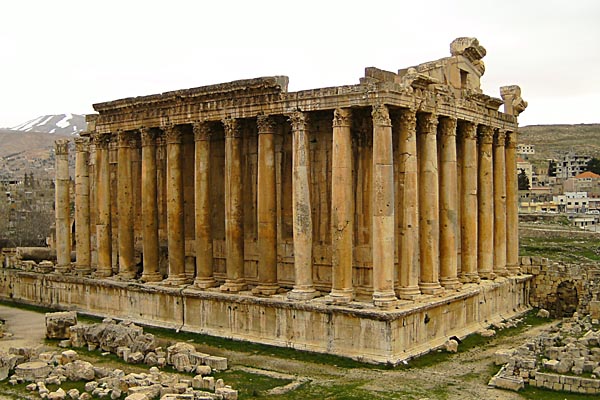 The Egyptian pyramids are not the only ancient structures constructed of huge blocks of stone. Far from it. Great temples and monuments around the world contain stone components of incredible size, yet little is known about their means of construction.

What was the secret these diverse and ancient cultures possessed to manipulate these great stone blocks? A massive supply of slave labor straining human muscle and ingenuity to their limits? Or was there another more mysterious way? It’s remarkable that these cultures leave no record of how these structures were constructed. However, “in almost every culture where megaliths exist,” according to 432:Cosmic Key, “a legend also exists that the huge stones were moved by acoustic means — either by the chanted spells of magicians, by song, by striking with a magic wand or rod (to produce acoustic resonance), or by trumpets, gongs, lyres, cymbals or whistles.” 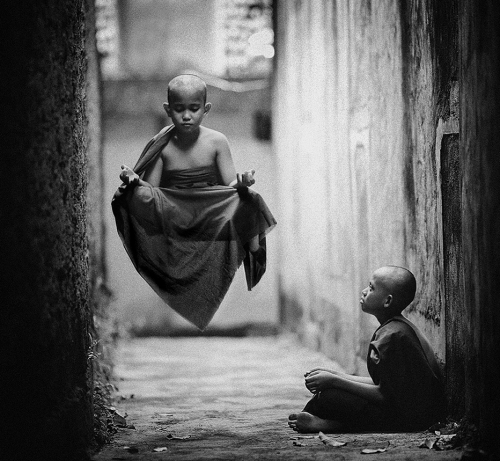 In his book The Bridge to Infinity, Bruce Cathie recounts an amazing story that he says originated in a German magazine. It tells the story of astonishing feats of levitation accomplished by priests in a monastery high in the Tibetan Himalayas. Here, in English translation, are excepts from that German article:

A Swedish doctor, Dr. Jarl… studied at Oxford. During those times he became friends with a young Tibetan student. A couple of years later, it was 1939, Dr. Jarl made a journey to Egypt for the English Scientific Society. There he was seen by a messenger of his Tibetan friend, and urgently requested to come to Tibet to treat a high Lama. After Dr. Jarl got the leave he followed the messenger and arrived after a long journey by plane and Yak caravans, at the monastery, where the old Lama and his friend who was now holding a high position were now living.

One day his friend took him to a place in the neighborhood of the monastery and showed him a sloping meadow which was surrounded in the north west by high cliffs. In one of the rock walls, at a height of about 250 metres was a big hole which looked like the entrance to a cave. In front of this hole there was a platform on which the monks were building a rock wall. The only access to this platform was from the top of the cliff and the monks lowered themselves down with the help of ropes.

In the middle of the meadow. about 250 metres from the cliff, was a polished slab of rock with a bowl like cavity in the center. The bowl had a diameter of one metre and a depth of 15 centimeters. A block of stone was maneuvered into this cavity by Yak oxen. The block was one metre wide and one and one-half metres long. Then 19 musical instruments were set in an arc of 90 degrees at a distance of 63 metres from the stone slab. The radius of 63 metres was measured out accurately. The musical instruments consisted of 13 drums and six trumpets. (Ragdons).

Behind each instrument was a row of monks. When the stone was in position the monk behind the small drum gave a signal to start the concert. The small drum had a very sharp sound, and could be heard even with the other instruments making a terrible din. All the monks were singing and chanting a prayer, slowly increasing the tempo of this unbelievable noise. During the first four minutes nothing happened, then as the speed of the drumming, and the noise increased, the big stone block started to rock and sway, and suddenly it took off into the air with an increasing speed in the direction of the platform in front of the cave hole 250 metres high. After three minutes of ascent it landed on the platform.

Continuously they brought new blocks to the meadow, and the monks using this method, transported 5 to 6 blocks per hour on a parabolic flight track approximately 500 metres long and 250 metres high. From time to time a stone split, and the monks moved the split stones away. Quite an unbelievable task. Dr Jarl knew about the hurling of the stones. Tibetan experts like Linaver, Spalding and Huc had spoken about it, but they had never seen it. So Dr Jarl was the first foreigner who had the opportunity to see this remarkable spectacle. Because he had the opinion in the beginning that he was the victim of mass-psychosis he made two films of the incident. The films showed exactly the same things that he had witnessed.

The English Society for which Dr Jarl was working confiscated the two films and declared them classified. They will not be released until 1990.

Were the films of this fascinating feat released in 1990? Did they ever even exist? Or is this just another tall tale that lends more mystery to the land of Shangri-la?

How unfortunate that these secrets of levitation – if they ever existed – are lost to antiquity or the remoteness of the Himalayas. They seem to be forever elusive to modern Western man. Or are they?

Beginning in 1920, Edward Leedskalnin, a 5-ft. tall, 100-lb. Latvian immigrant, began to build a remarkable structure in Homestead, Florida. Over a 20-year period, Leedskalnin single-handedly build a home he originally called “Rock Gate Park,” but has since been named Coral Castle. Working in secret – often at night – Leedskalnin was somehow able to quarry, fashion, transport and constructed the impressive edifices and sculptures of his unique home from large blocks of heavy coral rock.

It’s estimated that 1,000 tons of coral rock were used in construction of the walls and towers, and an additional 100 tons of it were carved into furniture and art objects:

All this he did alone and without heavy machinery. No one was ever witness to how Leedskalnin was able to move and lift such enormous objects, although it is claimed that some spying teenagers saw him “float coral blocks through the air like hydrogen balloons.”

Leedskalnin was highly secretive about his methods, saying only at one point, “I have discovered the secrets of the pyramids. I have found out how the Egyptians and the ancient builders in Peru, Yucatan and Asia, with only primitive tools, raised and set in place blocks of stone weighing many tons.”

If Leedskalnin had indeed rediscovered the ancient secrets of levitation, he took them with him to his grave.

Web of Spiders after Exposure to Psychotropic Drugs

How to Read Minds and Project Thoughts at Will