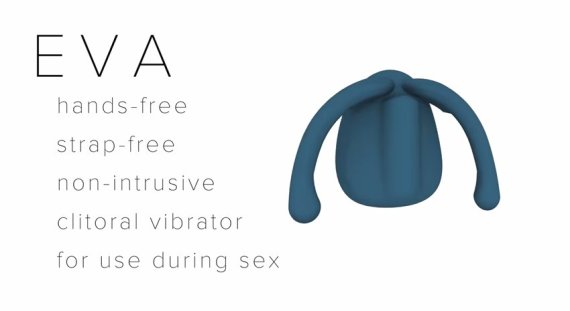 When it comes to heterosexual intercourse, women often don’t get an equal opportunity to reach orgasm. Research shows that men are twice as likely to orgasmduring sex than women. Much of this can be attributed to the general cultural priority of men’s pleasure over women’s and our long history of ignoring female sexuality. So Lieberman and Fine decided to take matters into their own hands.

“If I want better sex toys, I better make them myself,” Lieberman says in the video below.

Lieberman and Fine have nearly quadrupled their initial Indiegogo goal of $50,000, raising $179,142 as of Oct. 28, only one week after launching the campaign.

Eva currently costs $85 (plus $10 for shipping) on Indiegogo, but will cost $105 once it debuts in February 2015. Female beta testers gave the product rave reviews which may have contributed to the early bird special already being sold out of stock.

“We’re just trying to make the world a happier place — one vagina at a time,” Lieberman says in the video. Who can argue with that?